Giving the gift of love

This is a guest blog by two of our adopters, Lou and Christine!

It was Valentine’s Day, 2016. My husband and I had just enjoyed a lovely lunch to celebrate the typical Oregon rainy-sunny holiday. As we drove, somewhat aimlessly, towards home, we were suddenly inspired to go share the love of the day with some of the cats at Greenhill. Over the years, we have adopted many beloved family members from Greenhill, donated in various forms, and spent many days simply visiting. On this day, we were quite clear that our intent was just that: to visit.

Languidly lounging on her Tinkerbell fleece blanket, front and center as we entered the room, was Fern: eighteen pounds of black american short-hair with a feisty, peridot gaze, a presence even larger than her form, and….. something deeper, it seemed.

Fern was intense. This was her second time at Greenhill. In her first adoptive home, her environment changed and she had turned to eating to cope with her stress and had been returned. She had spent nearly eighteen months in the cattery in total. She seemed frustrated and sad, and scared by all the activity. On quiet days, she was a big loving kitten– but sadly, with so many visitors, most people never had the opportunity to see that side of her.

As I approached, she allowed me to show her my fingers. She sniffed them, and then looked into my eyes, holding my gaze for a moment. Fern rubbed her cheek on my knuckles and then became visibly restless and appeared to be done with our moment. As I moved my hand away she batted at me, and I sensed that what she actually wanted was to play. I found a feather toy on a string nearby and engaged– YES!

My husband, in the meantime, had met Scruffy, a 13-year-old snowshoe Siamese who had lived for over a year as a virtual stray under a barbecue grill cover in a family’s backyard. She had severe dental disease, had clearly experienced at least one stroke, and her health had reached a point where she needed more help than the family could provide. And so she ended up at Greenhill. My husband was struck immediately by Scruffy’s gentle, sweet energy despite her terribly sad story. Here was an unfortunate, sweet old lady who desperately needed a forever home for her golden years.

Although we had agreed we were NOT going to bring home new family members, suddenly it made sense to me that these two older ladies might actually restore the balance to our four male, two female cat household– they certainly wouldn’t contribute to any further issues. I somewhat sheepishly broached the subject with my husband about Fern, and he somewhat sheepishly expressed that he felt the same way about Scruffy. We agreed that we could and would give both these special kitties the forever homes they needed, despite their apparent challenges.

On arrival to our home, both ladies needed time to acclimate. Scruffy, now renamed Hermione (Mimi for short), spent the first two weeks living in our walk-in closet, where we switched her diet to wet food due to her lack of teeth and dental issues. Once she became comfortable, she migrated to our bathroom and was content to sleep on a bed on the heated floor. During this time, she was also becoming more acclimated to human contact. At first, she didn’t like being touched, due to her arthritic hips and some fear of humans from prior experiences. Eventually she became our “pick-me-up” kitty, and learned to trust us enough to enjoy lap-time and even time sleeping next to my husband’s head in bed.

Mimi changed into quite a different cat than the feeble old lady we had brought home. In fact, she migrated into the kitchen and living room, and even expressed interest in going outside. However, this began another rather sad chapter in our lives: one afternoon in early May, only three months after we’d adopted her, she escaped out the back door and disappeared. Despite posting a network of signs around the neighborhood and reports around the internet, we had zero reported sightings of Mimi. (Don’t worry; the story has a very happy ending).

Fern, on the other hand, was perfectly fine as long as she was on her pink Tinkerbell blanket, which came home with her from Greenhill. She loves it to this day. She spent her first few weeks in the living room on her blanket on one of our couches, where she was able to be in control of her interactions with our other cats, none of whom had any interest in messing with her. It wasn’t more than a month before we witnessed “the moment:” Fern, sleeping on our daughter’s bed, right in the middle of three of our male cats, just hanging out.

In the meantime, we were heartbroken over the loss of Mimi; we had purchased kitty stairs for this poor arthritic old lady, special food for her and for our other cats, and had made some major cat-owner lifestyle changes to accommodate her needs… and she was gone. Or so we thought. Three months after her disappearance, I received a miracle phone call from a family who lived about a mile north of us and had found Mimi living in their hot tub room. They wanted to adopt her, and when they took her to the clinic for an exam, they discovered her microchip. I called my husband in disbelief, giving him the family’s address. He called me back 45 minutes later in similar joyous disbelief: Mimi was home again!

Over the last year, Mimi and Fern have become a huge part of our cat-family dynamic. Mimi cannot go outside because of her dementia, and Fern stays inside because it is safe and not as overwhelming as outside. Both cats have continued to evolve in their forever home.

Mimi has become our kitchen kitty, as she loves “The Gravy” (her wet food, which she vocally begs for). We have also found her a lovely plush “cat bag” that she loves to sleep on or in, next to the heating vent and her “gravy” bowl.

Fern, about a month ago, decided she was ready to move into the bedroom, and has become an extremely joyous participant of the human-cat “pile” on our bed where we sleep, normally with anywhere from one to four cats. This evening when I came home, I leaned down, smiled at her, and said “hello, Fern.” She leaned in and touched her nose to mine. She now has all her needs met: lower stimulation, a constant loving environment, and play.

Fern and Mimi are home now, and they have changed the way we address our other cats. Despite having lived with cats for most of our lives, we have now found ourselves more able to identify the needs of our individual cats and have found solutions to their problems, which we never would have thought feasible.

For example, our white cat, Ghost, lived mostly outside, suffered with horrible allergies and flea dermatitis, and as a result was itchy and anxious most of the time. We decided to try something different; keeping him isolated in his own room, indoors, after medications to resolve his skin issues– thinking he would never want to be an indoor cat. Today, he rarely wants to leave his room, and when he does it is only for a few minutes, and has become a much calmer, and more loving, family member. Had it not been for Fern and Mimi, and the changes we made to accommodate their “special needs”, we might not have so clearly recognized the special needs of some of our existing cat family members. We are so grateful to have Fern and Mimi as part of our family, and we are thankful to Greenhill and their faithful staff, for helping to connect them with us. 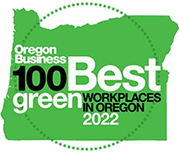 If you are interested in adopting a dog or cat, please come out to Greenhill between 11 am – 4 pm. We are operating on a first come, limited capacity basis.

If you are interested in adopting a specialized species, please call us to schedule an adoption appointment.

We are following all safety guidelines to prevent the spread of COVID.